Every year, I promise myself I will give my adventurous side room to soar, and well……… I rarely do. So, this year; it wasn’t a conscious thought, the opportunity just came up earlier in the year and I took it, with both hands, and was on my way to…. Warri! 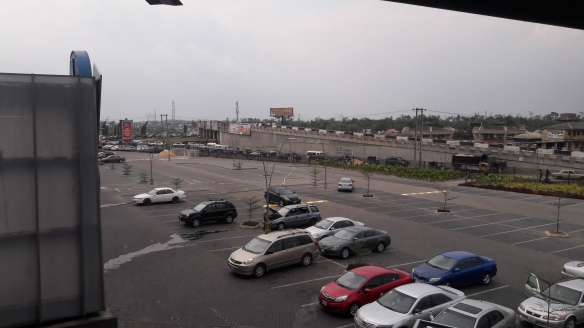 Best shot I could get of Efurun round about

I’m sure a few of you will think? What? Like of all places in Nigeria. Yeah, well, I had a primary reason for visiting the ‘city’, seeing the sights was just by the way. Besides, with the way the Waffi citizens are always going, I expected it to be……..

I don’t know, maybe I’m just not impressionable (I had a similar reaction to Ibadan), but I had fun, good company, got to see a bit of the city and to listen to the lyrical language of the people.

So, here are the five things I found out about Warri:

On a fifteen minute ride from Ughelli to Warri, I don’t think the cab driver kept quiet for a moment. It was from one topic to the other. It doesn’t matter if they are speaking pidgin or Urhobo, it all sounds so lyrical; like I could listen to them all day.

We had the discussion when I repeatedly got out my phone to take pictures out on the road. He kept telling me to be careful as Warri boys can snatch my phone off my hands. Ofcourse I didn’t believe him. Or maybe I did because looking at my camera roll, I realise I didn’t get as many pictures as I would have loved to. But I did return with my phone though, lol.

I think I just made this guy a star, lol.

Oh yes, there’s the Golden Tulip and Silverbird Galleria, which were still all the same to me; like I don’t know maybe I was expecting to see an oil well or something sha! I sha didn’t want to see all of the same places that look same as the ones here in Lag.

I didn’t get to eat starch and Banga soup (not like I wanted to), but I finally got to see The Wise men, which is only fitting because I think it’s set in Warri, or should be. The characters are Niger-Deltan and locations mentioned are in Warri. The movie, beyond the funnies has a strong message of not going with the crowd and not being swayed by peer pressure.

I had a good trip sha; PTI, Warri Township stadium, etc. The road trip from Lagos- Warri-Ughelli- Lagos was cool, the company was great. And to he who made the trip possible; next up is the abroad!